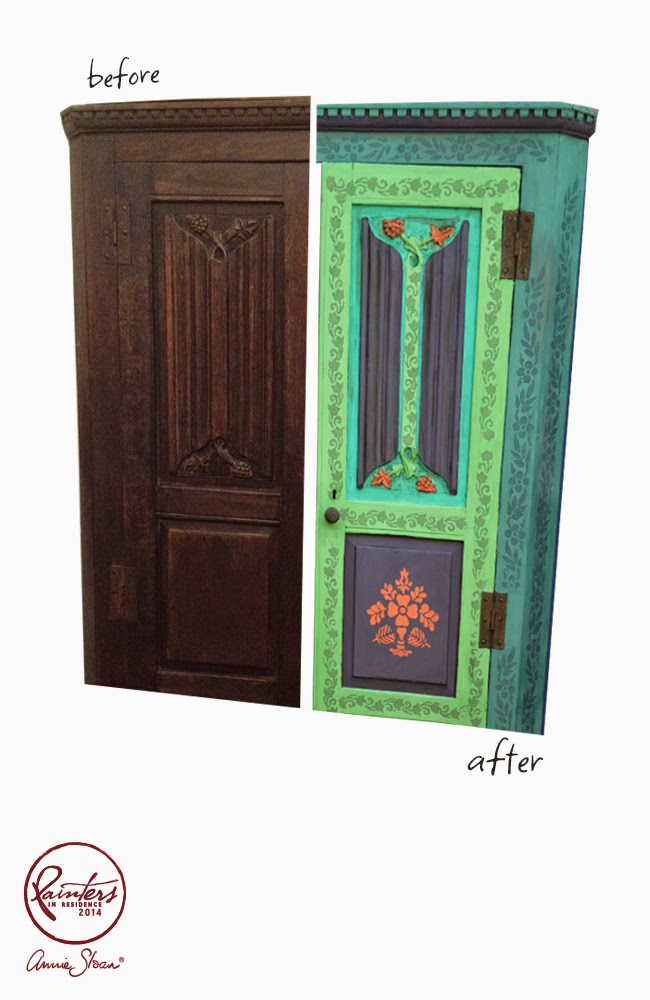 Janice found this dark wooden, carved, Victorian door in a charity shop and had to have it! She has taken the door and repurposed it using lots of bright colours from the Chalk Paint® palette to make a bold Bohemian statement. 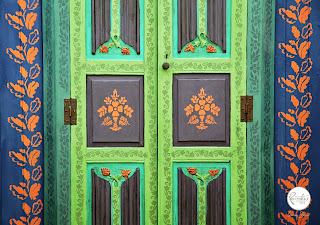 Janice told me that "a lot of things went in to the alchemy" when it came to mixing the colours for this piece. She loves to experiment with colour mixing and stores any left-over mixes in pots, and will revisit these when beginning a project – adding other colours in to them to make the right tone for the next project.

The panelled wall surrounding the door has been painted in Napoleonic Blue and stencils have been added in its complimentary colour, Barcelona Orange!

What do you think? Have you ever used Chalk Paint® to create a Bohemian look? 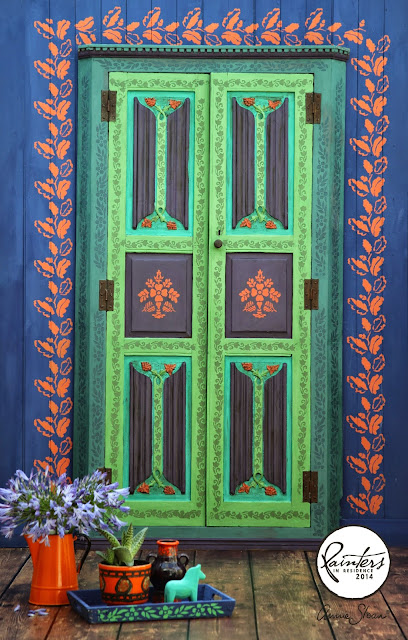