Last year was a momentous year for travelling. My itinerary took me to China, Canada and South Africa (with earlier trips to Cuba and Australia). I saw some amazing art and designs which has given me fresh impetus as I take my Chalk Paints and colour inspirations into 2014.

Inspired by China
China was not a business trip but a chance to see my son Henry who was teaching in Beijing at the time. It also gave me the opportunity to see first-hand some fantastic contemporary artistic works in the new ‘art zones’ in and around the city. 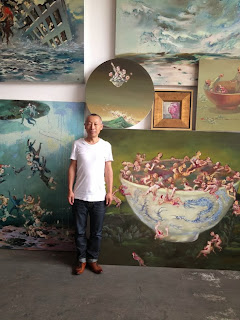 The artists face some huge cultural issues, and it is hand to mouth, but it’s better than any other ‘art area’ I’ve seen in the whole world. Very imaginative and completely inspiring –giving me lots of ideas I can pass on to you... 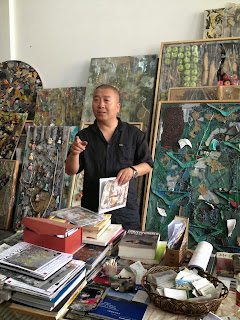 I’ve never been anywhere like it and there is certainly s-p-a-c-e: one art district called 798 is housed in vast disused East European 1950’s electronics factories. 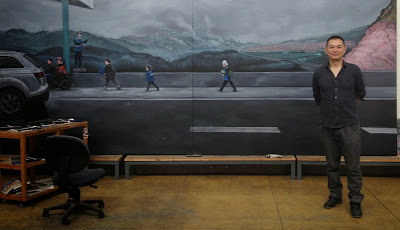 The colours and vibrancy of the paintings was so eye-catching – and a long way from the cultural straightjacket of Mao’s time. How these artists handle Chairman Mao’s legacy is revealing. Take a look at these images below – the bottom 2 pics courtesy of  my son Henry (www.manuelphotos.com) 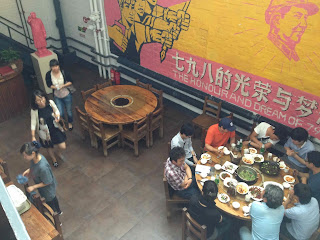 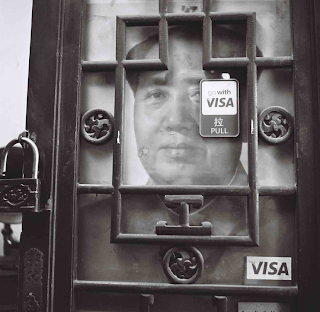 I particularly like this image with its quirky juxtaposition of before, during and post-Mao!
© manuelphotos.com
Canada O Canada
After China I took off again to Canada to ‘get closer’ to my stockists as I haven’t been there for ages. I went to Toronto, Montreal, Edmonton and Vancouver, and tied it in with two great ‘Home Shows’ at Toronto and Vancouver. The trip opened my eyes especially to French-Canadian culture, and I got a feel for Montreal and how I need to be more French-language-orientated for my stockists there! 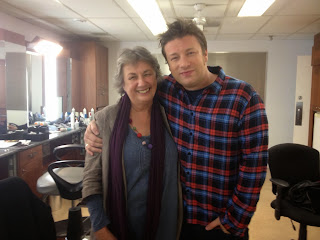 Also couldn’t resist getting this pic in hanging out with celebrity chef Jamie Oliver in the green room at Canada AM in Toronto for their breakfast show. He’d had hair and makeup but I hadn’t.

Whistle-stop Hop to South Africa
Then I took a weekend hop to KwaZulu-Natal to see the factory in Durban that have now started to make my paint in SA. Thank heavens there is only a 2-hour time-zone difference from the UK. I also got the chance to visit our distributor there, and to take in the beautiful primary blues and greens of the Indian Ocean. I will be going back for a big stockist’s course early this year. 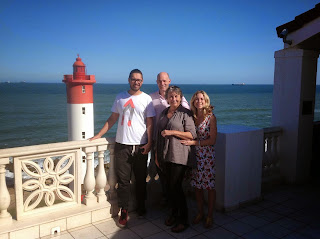 With Felix Manuel and my SA distributor Simon and Mary Glaister. 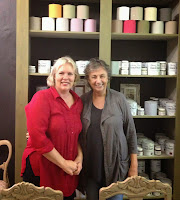 A flying visit from the paint factory to see Ingrid at Palette Decor & Kitchens in nearby Pietermaritzburg.

Homeward Bound
2013 was unbelievable and a bit crazy zinging across the time zones and racking up the air miles. But I’ve been positively inspired by the sights, sounds (and smells) I’ve absorbed and I am going to pass on some fantastic news, views and comments in 2014! So Happy New Year from back home in wet and windy Oxford, and for now I’m going to unwind with that sun-drenched, very short and sweet James Taylor song ‘Isn’t it nice to be home again' playing in my head...