Happy New Year to everyone in Painting land!
I'm starting the year with a warm optimistic colour
Scandinavian Pink
I love it because it is pink but not pink.  It is earthy and dusky,  yet the colour of a delicate sunset, and it's warm, natural and mellow, and yet can look sophisticated 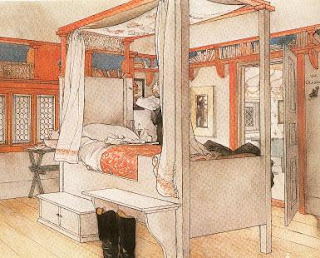 Carl Larsson's painting of his bedroom
I was first introduced to this very special colour through the work of Carl Larsson the 19th century Swedish painter.  He looked to traditional Swedish decoration and folk work for his
inspiration often using a traditional colour made from a local pigment called Fala Red, a potent red brown ochre/iron oxide earth mixed with copper from the local mines which gives it its distinctive look.  He would add various quantities of white to make it softer and used it extensively in his house.

Swedish houses continue to be painted this colour made according to the traditional recipe using the local pigment mixed with rye flour and linseed oil. 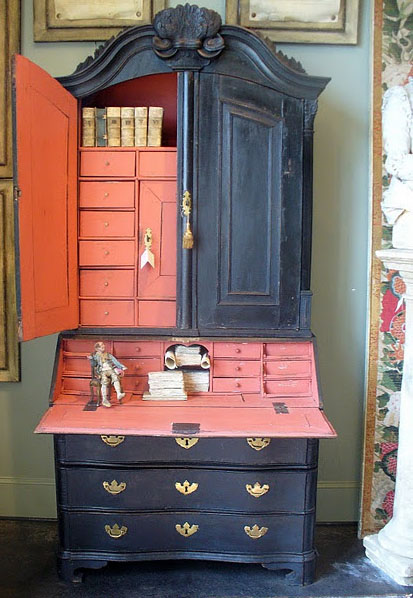 A 19th century Swedish secrétaire with the interior painted in this unique Swedish pink.