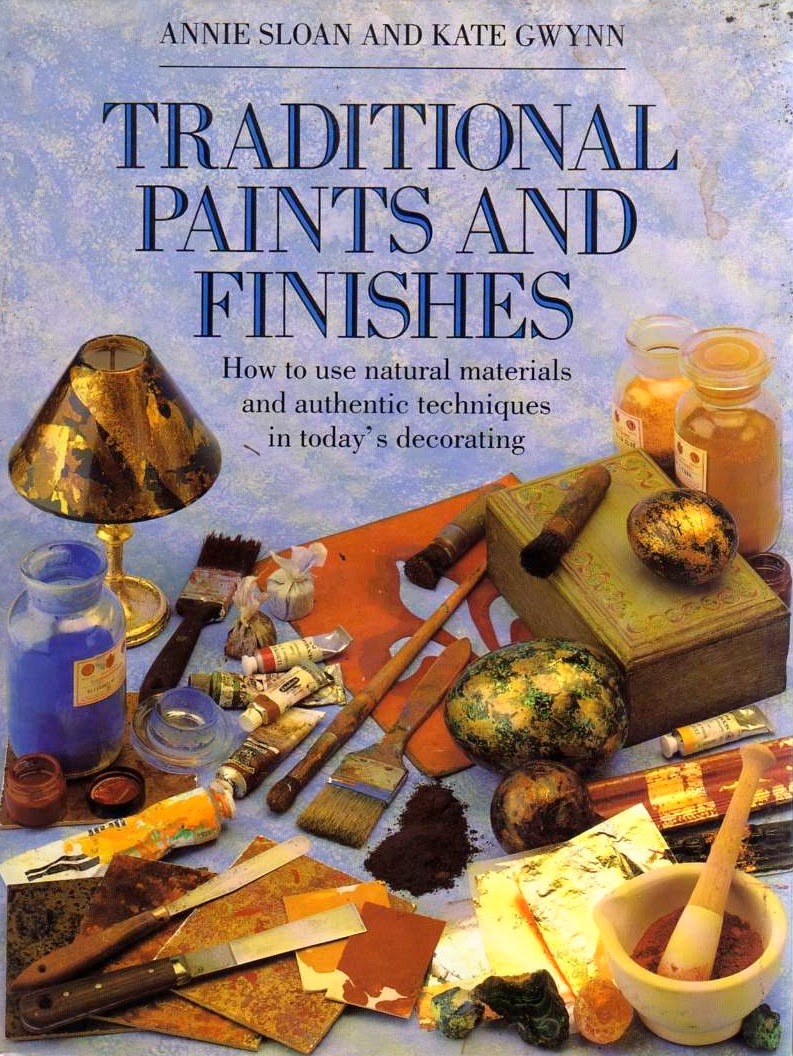 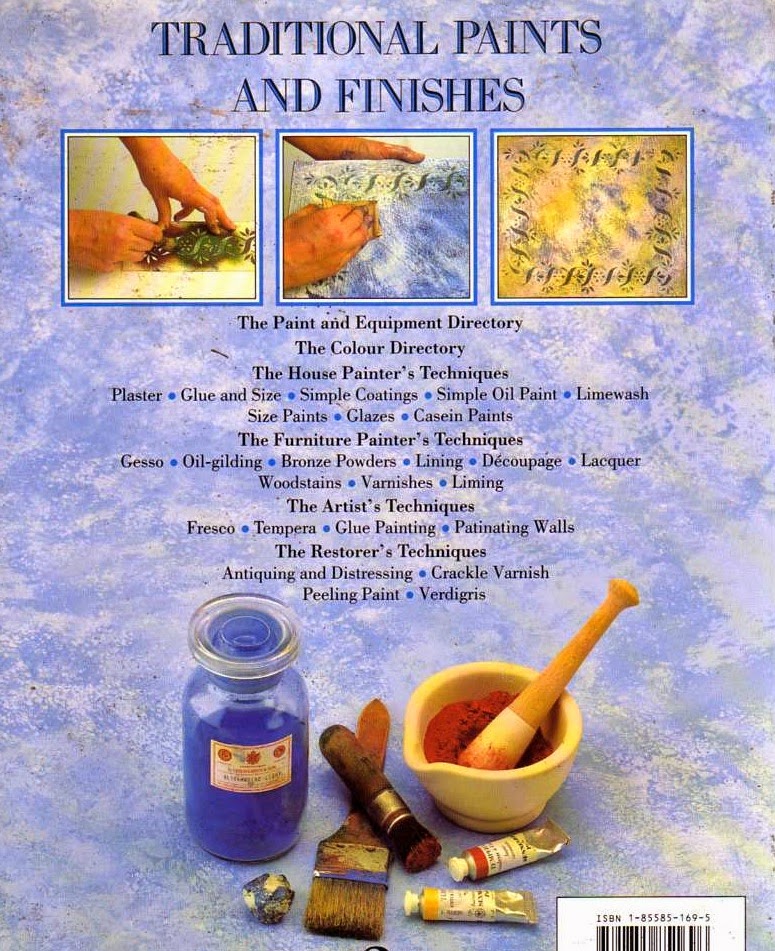 … After completing the groundbreaking (and back-breaking) 'Complete Book of Decorative Paint Techniques' [Bookmarks (1) February 2014],  my publishers in the early 1990s were after the next bestseller, so with Kate Gwynn again designing, I wrote 'Traditional Paints and Finishes' (US title 'Classic Paints and Faux Finishes'.)

This was a the history and sourcebook of all the different sorts of artisan paints, pigments and colours – a lot about making paint, and less on techniques. Check out the back cover contents below which features shots from my step-by-step stencilling and distressing a cabinet! 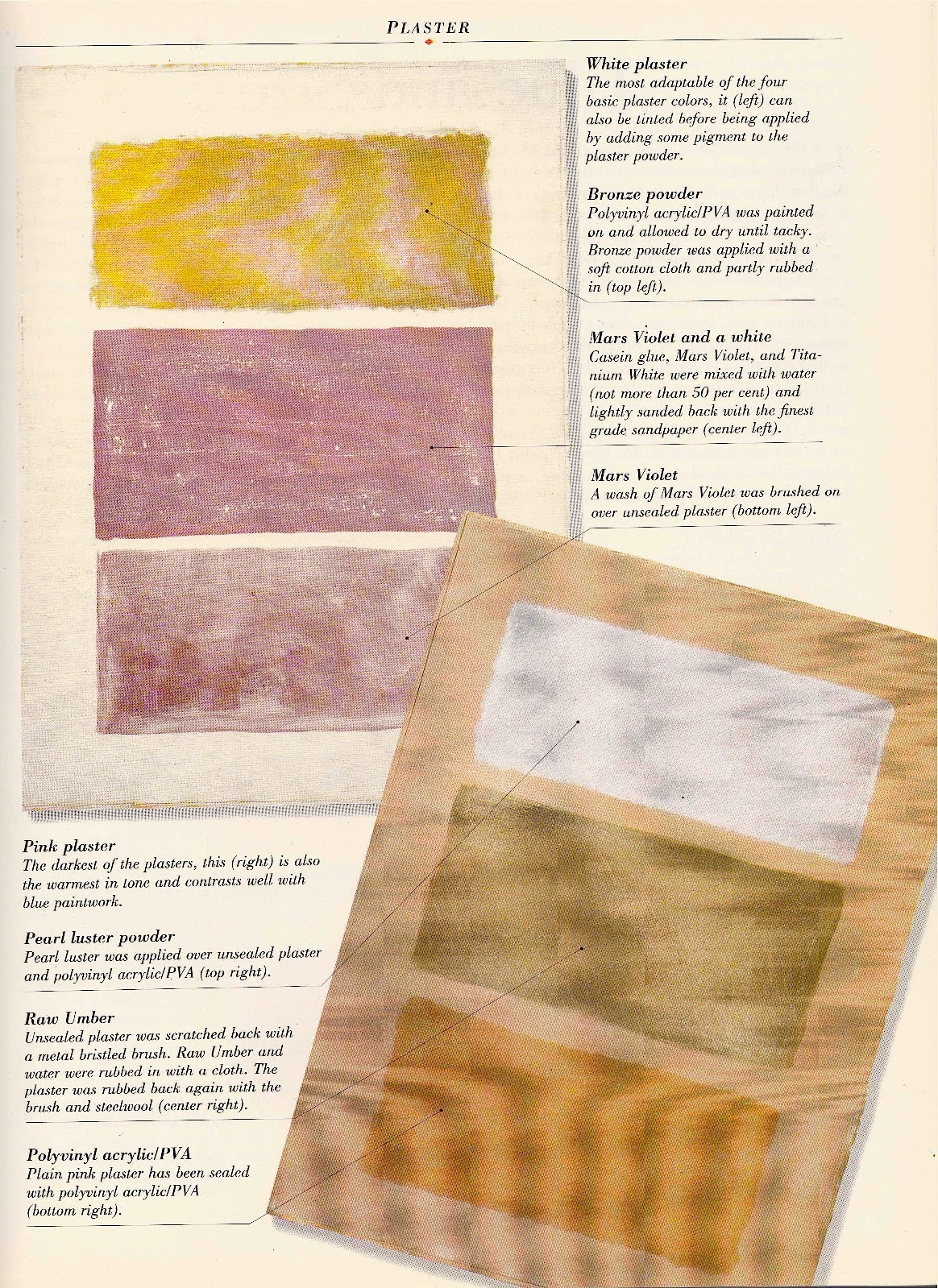 Plastered
If I was to pick out a feature I was particular pleased with, it would be the plaster finishes – and I did lots of them.

Creating the props and effects for this book was a huge task, literally. This was in the days before Photoshop so we made these huge boxes with plaster in them and then I painted them and we shot them. The pic below also show my early infatuation with sgraffito which I’ve also recently blogged about.

There were no computer geeks and graphic designers doing fancy stuff on Macs! You had to make these things. And they were so beautiful, even if they weighed a ton! And the greater shame was that after the photo shoot, we had to throw them away. Anyway, looking back at my first big breaks in publishing I am very, very proud of these early gems. 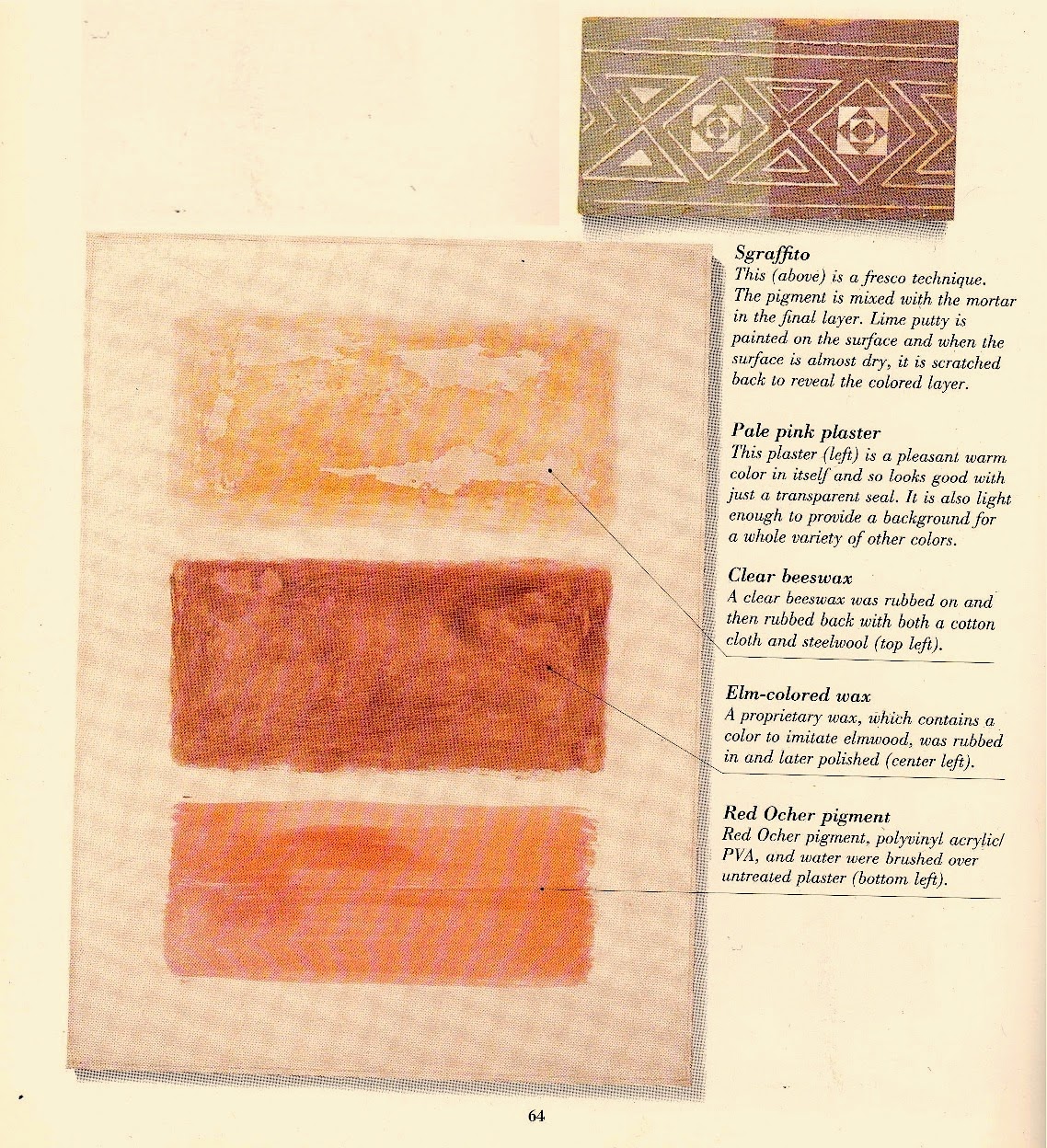 Absorbed by paint
Researching the history of decorative paints –including limewashing, découpage, fresco and the use of glue size, and old varnishes and waxes, as well as how to make paints from natural pigments – spurred me on to develop my own paints as I became more and more absorbed by what paint is and how it works (and there’s a post to come on that…). It wasn’t about nostalgia, it was "a reaction to the blandness and uniformity of modern paints.”

I was reacting against the standardisation that plastic paints produced. Oil was traditionally the classic paint everybody used, so we did both books using oils – back then I thought it was the only way I could get that translucency. I had by then started to try out my own paints (e.g. early versions of Chalk Paint® in Chateau Grey and Aubusson Blue) and some of these featured in both books.

I suppose, in a modest way, with these two titles I helped kick start the rediscovery of traditional paints and paint effects. The use of many softer and subtler colours allowed novice and more experienced decorators a chance to reclaim the look of earlier times. Some of it will look dated now as fashion in decoration comes and goes (and I have developed more deeper, warmer colours), but the principles and fundamentals hold good. And of course today I have my fabulously versatile Chalk Paint® range so you don’t have to make your own paints from scratch as I had to all those years ago.

You could say that you get my whole history in paint mixing and colour theory in each Chalk Paint® pot!