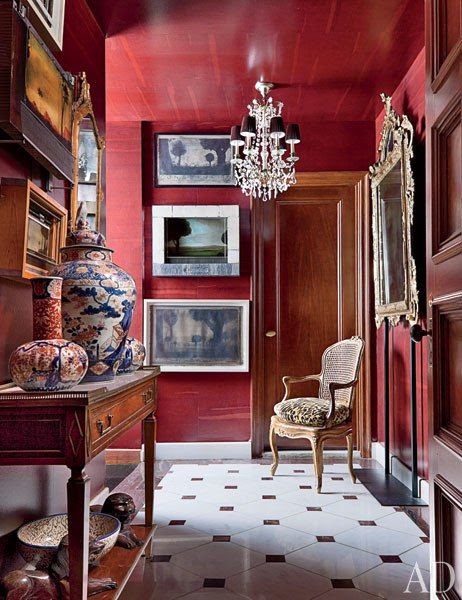 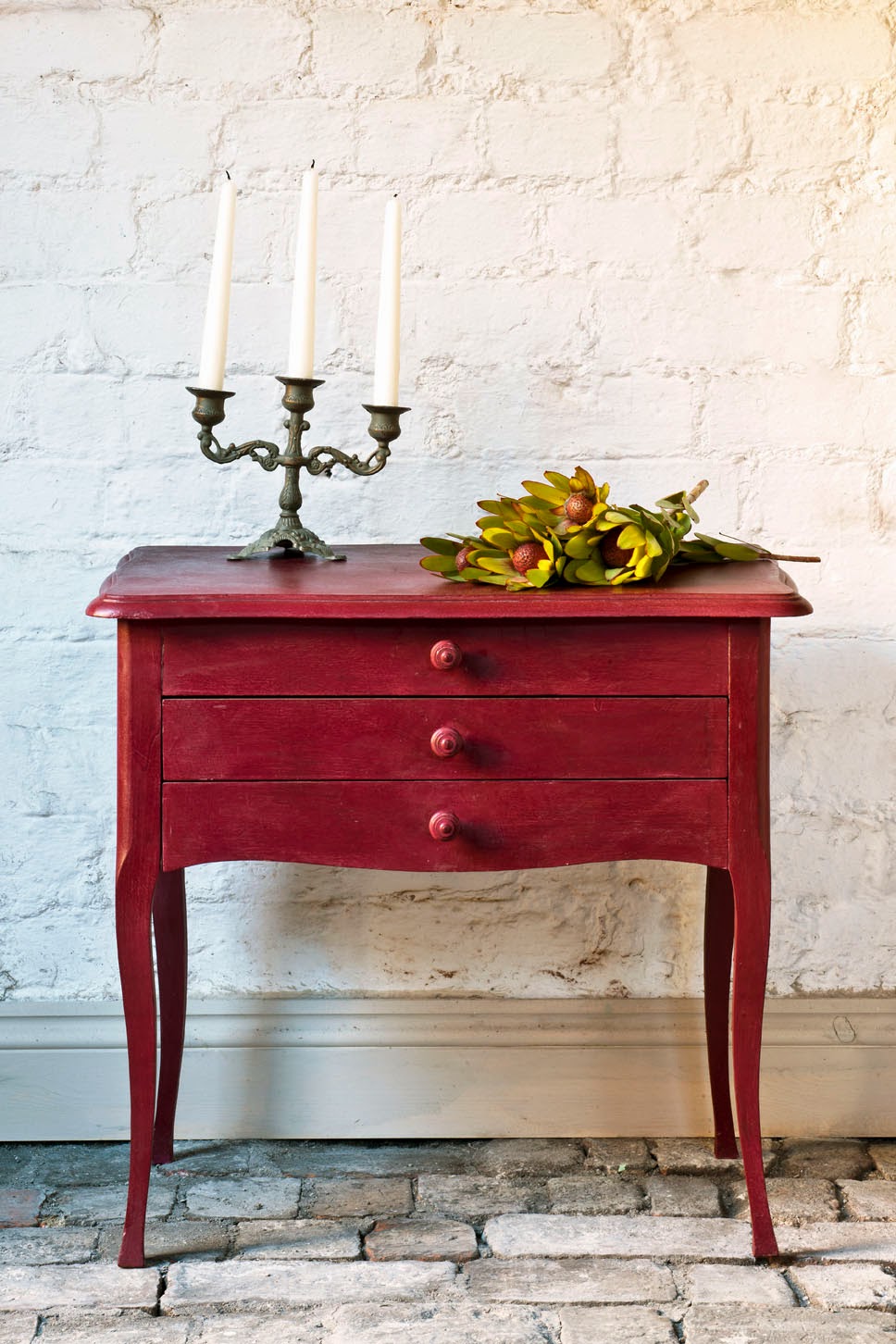 In between everything else that’s been happening just now – Ireland tour, South Africa tour, #AnnieSloanLate, not mention the Painters in Residence which I’ve been showcasing on the blog too – I could do with a large red. Well, I’ve got one!

Please say “santé” to my colour, Burgundy. For those who haven’t seen it before, it’s a very rich red – think cranberries and plums – and conjures up classic Victorian interiors and boho boudoirs. But it can also be quite lively: with some help from Old White it morphs into a delicious, raspberry-like pink to add something of an ‘oomph’ to a room.

I’m getting madder
My inspirations include the pigment called Alizarin Crimson,  a synthetic product made by a man called William Perkin. He was an English dye chemist and he derived it from coal tar. But he was also pipped at the post by one day in filing his patent (which went to two German chemists, Karls Grabe and Lieberman… would you believe?)

The Liebermans were searching for a synthetic way to create the strong red pigment with a bluish tone that comes naturally from the dye derived from Madder plant roots. Madder was found in Tutankhamen’s tomb amongst other places, and is a dye often seen in Asia and hence in Turkish carpets. So Burgundy is ideal for creating that exotic Turkish boudoir feel. 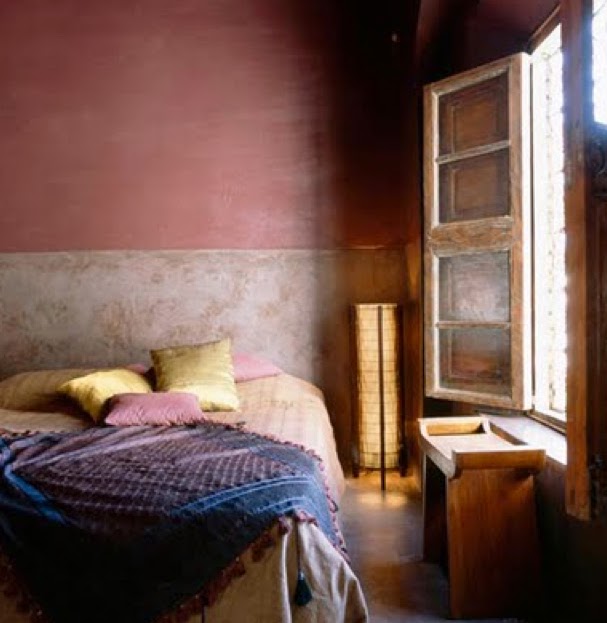 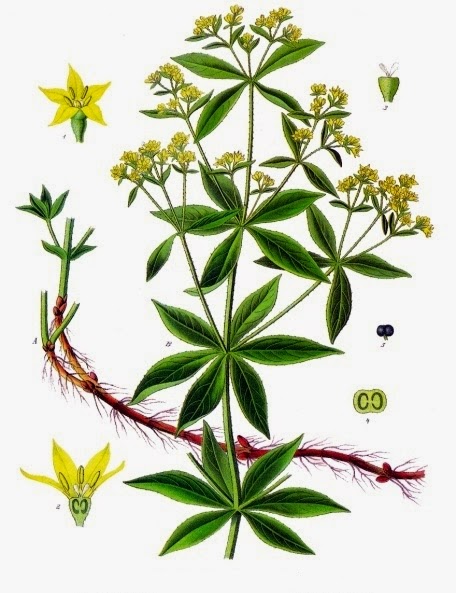 Another source of inspiration for Burgundy is the purplish blue-red that became available in the 1860. The English called it 'magenta', after the Battle of Magenta in 1859, a narrow French victory over Austria in the struggle for Italian independence – which is a fascinating fact in itself.

I was drawn to the name and colour because of its classical French Napoleonic connections and I love Burgundy as representing that refined French claret-colour which I suggest you could put on, say, a fabulous chest of drawers, maybe on its own, or with a little clear wax or even some dark wax. It adds a glorious gravitas and also looks great with gold leaf. As a regal colour Burgundy also pairs extremely well with Château Grey.

As a bluey- not orangey-red, you might not associate Burgundy as a ‘fun’ colour, but wait till you try adding Old White to it: then it becomes right up-to-date bright bubblegum pink. Already a lot of people are adding white to it and making  these extraordinarily vivacious pinks, just like Lady Penelope and Thunderbirds.

A tripartite colour combination of Burgundy, Provence and Arles (all complementary on the colour wheel) makes an amazing mix for a room. For example you might like to try an Arles-painted wall combined with a Burgundy piece, say a chest of drawers, with some added Provence in the room in some other way, perhaps inside the drawers? 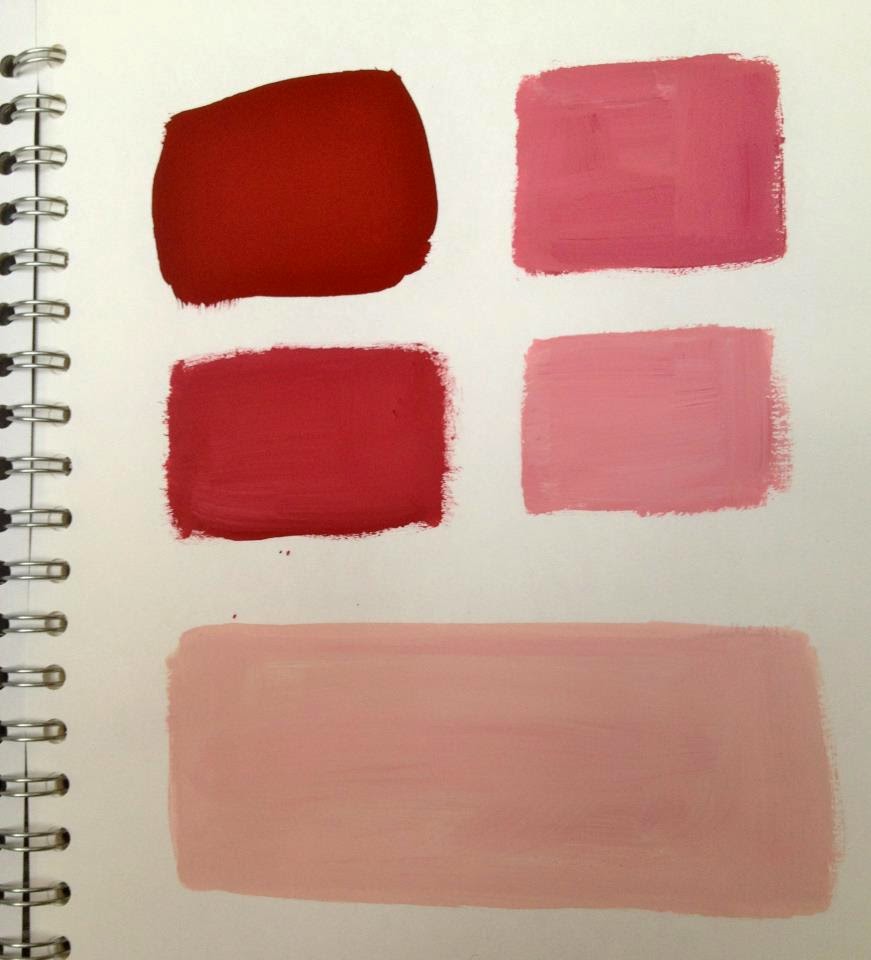 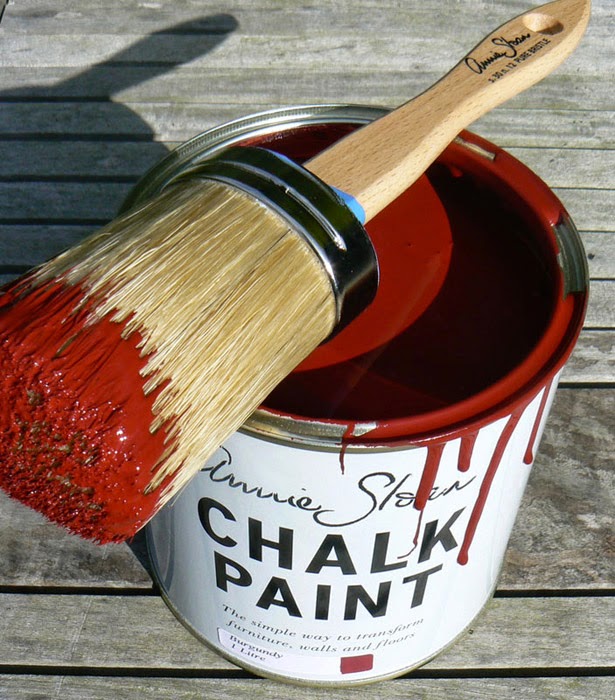