I’ve just got back from a whistle-stop ten days in Canada. Nowadays when I travel, I always try and combine three things: exhibit at a Home Show, meet journalists (and bloggers, of course!) and catch up with my stockists. It allows me to meet so many people, and make new connections. 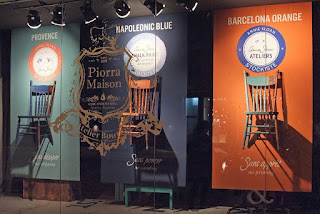 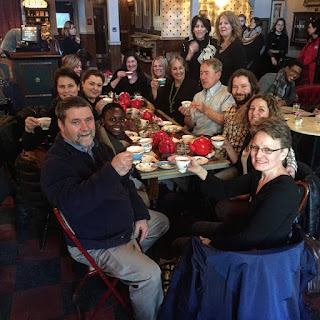 On this visit I met some very interesting people! In Montreal and Toronto I visited two shops, both of which were in the ‘hipster’ areas of town – just like my own shop in Oxford’s Cowley Road. Saint Laurent in Montreal and Leslieville in Toronto share that exciting vibe found in London’s Shoreditch, New York’s Williamsburg and – arguably the original ‘hipsterville’ – La Rive Gauche in Paris. They are both areas crammed with independent shops, each offering something unique and exciting. I’ve travelled a lot recently, and have noticed that these seem to be the areas where my paint and products are particularly popular.


Often ‘upcycling’ is seen as something that lends itself particularly well to Vintage Floral, Boho, Country Cottage or Traditional Swedish-inspired looks but what I love about my paint palette, and also what I love about meeting the people who use it, is to see how it works in such diverse ways to create very different styles. I meet people of all ages – in fact it underlines the point that it really isn’t age which defines us, it’s all about our attitudes and tastes.


Montreal was just delightful as the snow was falling. Sadly, I didn’t have the chance to meet many customers, but I did spend some time at Piorra Maison – a fantastic shop, crammed with an eclectic mix of treasures. Whilst I was there we popped over the road to Salon de thé Cardinal, a fabulous tea room which was just humming! People chatting, someone playing the piano, drinking tea from vintage cups and eating scones – all gorgeous, all so French! 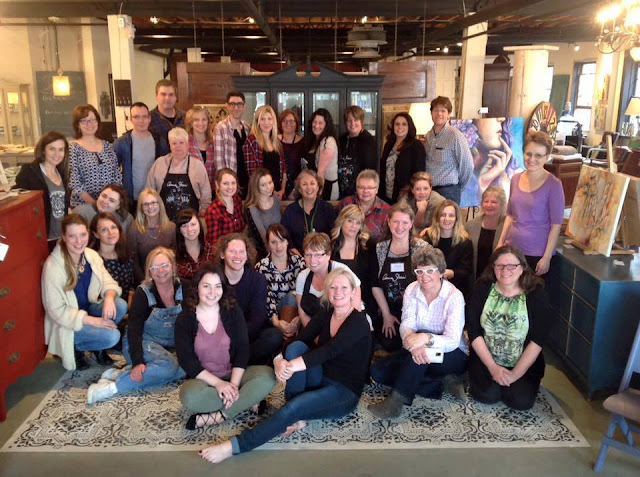 Between Montreal and Toronto I went to my Stockists shop ArtHaus150 in Kitchener, Ontario, to hold a Workshop with about 35 other stockists who travelled from all over Canada to join in. There was a great sense of camaraderie, which I always revel in. 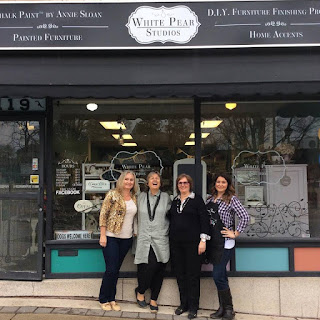 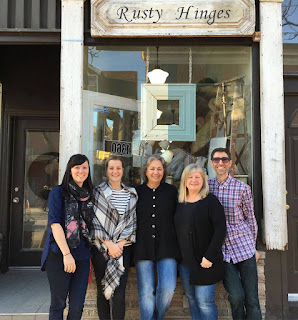 At Rusty Hinges in Toronto and White Pears Studio in Oakville, Ontario I was able to do one of my very favourite things – a book signing! I met such a variety of people who told me all about where they live, how they live and what they do – sometimes even showing me pictures on their phones. It’s like having a snapshot of their lives, each with a different story. 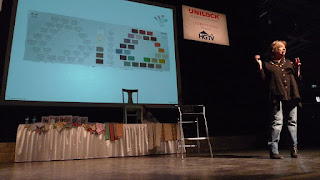 Whilst I was in Toronto, I took part in The National Home Show. It was a real team effort, with many stockists pitching in to help out on the stand. One of the things I did there was to give a talk on their ‘Celebrity Stage’. I decided to give my Colour Talk, which is something I go through with my stockists at our workshops. I was a little worried, as I’d never given this talk to the general public before, but it seemed to go down well - despite being a little nerve-wracking!

Finally, I managed to squeeze in some television interviews, including a piece on The Morning Show where I used my English Yellow to transform a Mid Century Modern chest of drawers. I really wanted to show how quick and easy the paint is to use, so not only did I paint the chest, but also managed to show a quick ‘wash’ technique and add a stencilled pattern – all in just over five minutes! It was a little hectic, but I loved it – in fact, the same could be said of the whole trip!