Celebrating the past in the USA! 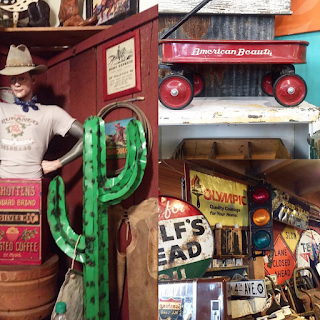 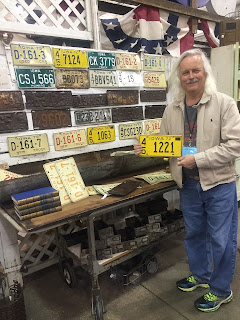 Last week I was back in the States to attend Iowa’s annual Junk Jubilee in the city of Des Moines. There’s quite a buzz around Des Moines, and I really didn’t know what to expect when I arrived. It was my first time in the Mid-West, so I was excited to visit a different America than what I was used to. It was so cool – lovely people and a great emerging arts scene. I’ve heard people say the vibe in Des Moines is similar to Brooklyn, New York, and I really saw what they meant. There are great cafes, an amazing sculpture park and I owe a big thank you to the lovely John Whaley from Junk Jubilee who squired us around, making sure we got to all the cool places – he even gave us tickets to see Graham Nash at a beautiful old theatre  – what a bonus!

I got to the city a couple of days before Junk Jubilee so that I could do some promotion and actually held a version of my Stockist workshops for a group of around 25 journalists – Meredith Corporation who publish some of America’s most popular magazines is based in the city - and I also did some television and radio appearances. 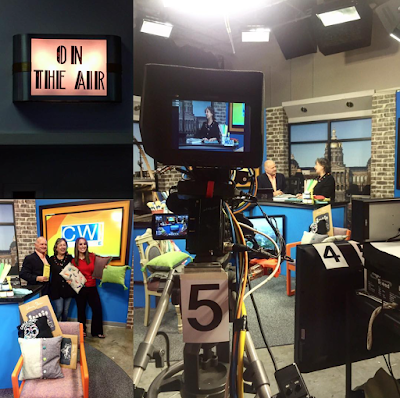 Junk Jubilee itself was fabulous! It was Americana to the extreme. It’s interesting, in the UK these sorts of events are often a mixed bag – a little Victoriana, perhaps a stall with nothing but glassware, some mid-century modern pieces, and in France I’ve been to many vide greniers which literally translates as empty attic! Junk Jubilee was much more curated, with lots of really cool agricultural artefacts, which I suppose speaks of Iowa as a farming state: flags, plates, and metalware – chippy paintwork and sumptuous patina! There was a real sense of nostalgia but in many cases it wasn’t so much that the pieces were terribly old, but they were certainly treasured. Many things had been cleverly repurposed. In fact, I met this really sweet young man, called Zane Hehnke, who had a great stall selling repurposed pieces – he’d been doing this since he was 13 (and is only 17 now!). Very creative. I also loved, loved, loved the many cool examples of packaging and typography. 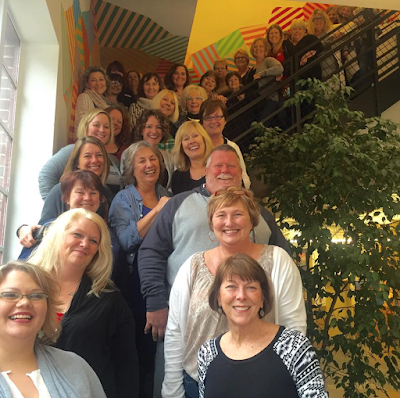 I stayed on an extra day after Junk Jubilee to run a stockists workshop at the very hip Des Moines Social Club. I think you know by now how much I adore seeing my stockists, and we had around 40 from all over the States. Don Short who runs the inspirational West End Salvage – four stories of architectural salvage in an incredible old warehouse– treated us all to lunch, so I also owe him a huge and heartfelt thank you! 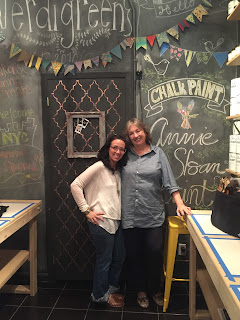 From Des Moines I travelled on to New York to meet our new PR team and do more magazine interviews, including some one-on-one workshops with various editors. Whilst I was there, Country Living asked me to do a Q&A on Facebook at my stockist in the East Village, Verdigreen, run by the amazingly named Azie Shelhorse! I thought it would be a great time to demonstrate my new Black and White Chalk Paint Waxes and was thrilled to see the views whizzing up past 80,000 in the half hour that we were live. Just amazing.


To cap it off, that evening I went with my friend Mary Anne to an event at New York University. Mary Anne was in a band with me called The Moodies, back in the ‘70s and had made friends with a young man called Andrew Carpetta who is writing a PhD on the connections between the music scene and art schools in the 70s and 80s which I wrote about last time I visited New York. I mentioned then how much I wanted to see a film featuring The Moodies which Andrew had unearthed and my wish came true! The screening was part of a series called The Colloquium of Unpopular Culture (I love it!) and I hadn’t seen this film for 20 years. Afterwards he’d organised a Q&A afterwards – there were three of us from the band, me, Mary Anne and also Rod Melvin, joining Andrew on stage. Somehow the idea of the past being celebrated in a whole new way sums up the whole trip!
Posted by Annie Sloan