'A Man' by Hanayuishi Takaya, my new Painter in Residence! 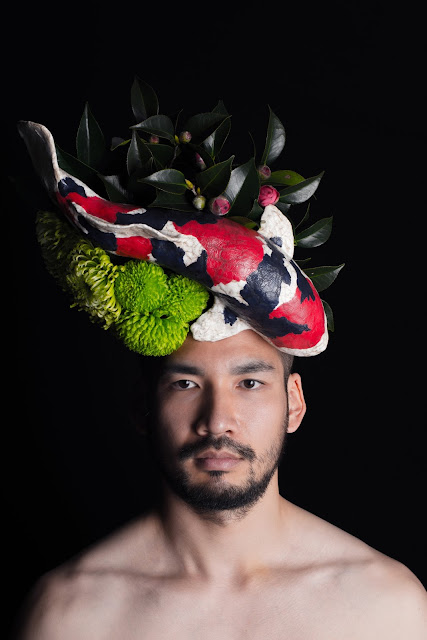 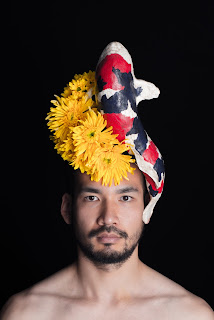 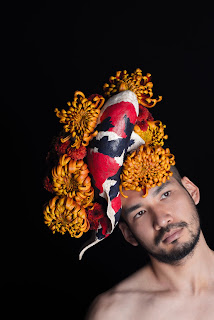 Today I have the pleasure in sharing the first Painters in Residence project from Hanayuishi Takaya. Mr Takaya makes bespoke headdresses that are true works of art, made on the spot with what he has to hand and mainly using natural materials such as flowers and foliage.

As soon as I saw this set of images I was completely blown away. They are so powerful and so visually striking, they immediately evoked memories that I have from my visit to Japan.

I was lucky enough to have visited Japan in the spring of last year. Japanese art and culture has always fascinated me ever since I was at art school. I especially love the works of Utagawa Hiroshima and Kitagawa Utamaro, their beautiful muted colour palettes offered me so much inspiration in my own work, from school right up to the furniture I paint now.

There are over 60 stockists of my paint and products in Japan and the work that they create is always elegant and interesting. Unsuprisingly there seems to be a penchant for more craft based work, with origami being featured quite frequently. Whilst I was there I was very inspired by the complete bond that the Japanese have with the nature that surrounds them; it inspires their creative work and there is a great deal of respect and care taken into preserving and upholding traditional practices.

From the iconic cherry blossoms right through to flower arranging and tea ceremonies, their love of Japanese nature is intrinsically linked to Japanese art, and yet, as times change there is a shift into using these traditional ideas, and love of detail, into a more modern aesthetic and practise.

So this Koi head dress by Mr. Takaya is a beautiful example of that link and movement, with Koi being one of Japan’s most famous creatures, a true symbol of their national identity. I adore that the model used here is a Japanese man, there is such a fantastic contrast between the femininity of the florals used and this mans strength and steely reserve. 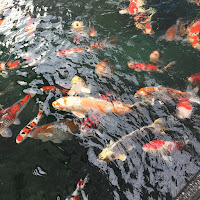 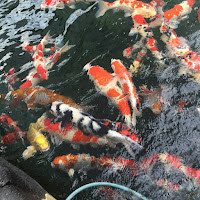 Shiro, the husband of our distributor Kimie in Japan, is actually a world renowned expert in Koi Carp, and even goes to California to judge Koi competitions. He showed me some large tanks that housed prize winning Koi whilst I was there and I was taken aback by the variety, black, white, yellow, orange in all shapes and sizes! They are extraordinary creatures, their colours are incredible and I love the way they glisten and shine as they glide through the water. There is a such a beauty in the variety of patterns too, I felt very inspired and privileged to see these magnificent fish in one of their native lands. 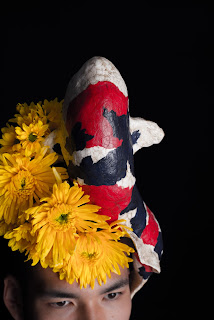 Mr Takaya is hugely influenced by colours, this stems from his childhood as he grew roses just to see the variety of colours. I adore the fact that he is very sensitive to colours in his work and is almost dictated by the changing of the seasons in Japan.

To create this Koi sculpture, Mr. Takaya first created the Koi using papier mache and then painted its distinctive pattern using Chalk Paint in Original, Emperor’s Silk and Graphite. To add a more realistic finish, he ingeniously used my Craqueler and Dark Wax, evoking the scales of the fish. The flowers he used include different varieties of chrysanthemums, which are typical Japanese flowers. The way he has placed the fish on to the headdresses looks so much like it is swimming through the flowers, just like it would swim through the seaweed.

I have completely fallen in love with this work, it is unlike anything I have ever seen created with paint and products, it feels fresh and new.

This, to me, is a true representation of Japan. Strong, bold, proud, a little unusual but always, always beautiful.