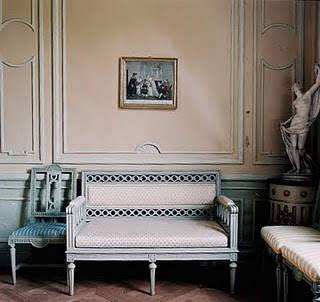 Gunnebo Slott - an 18th century Swedish country house
Everything of course with loads of OLD WHITE!! 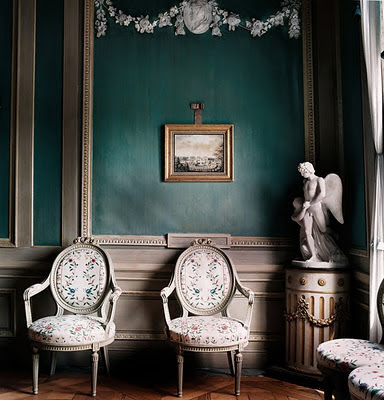 King Gustav III of Sweden was heavily influenced by French politics and French decoration.
After seeing what happened to the French monarchy in the revolution Gustav established a very strong royal rule, curtailing his permissive parliament's reforms
Although in many ways quite autocratic, his interest in culture and intellectual freedom led to a hugely rich cultural heritage.
He introduced French Neo-classical style to Sweden
Gustavian interiors were light and elegant interpretations of the Louis XVI style, with echoes of English, German and Dutch influences
Posted by Annie Sloan